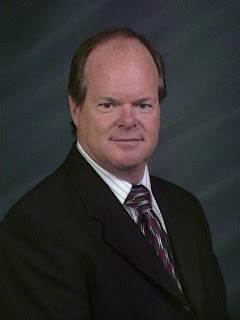 Mike Forgrave earned his Pedorthics credentials from both the US and Canadian Boards for Certification in Pedorthics. He has been in private practice in Kitchener, Ontario since 1985 and acts as chief Pedorthist for Mike Forgrave & Associates. Mike and his team are clinical Pedorthists to 14 medical clinics throughout Southwestern Ontario.

Having successfully grown his private practice, Mike began teaching other clinicians and footwear affiliates using his abundant knowledge in those areas.  Mike's passion comes from athletics and his interest focuses on sporting injuries and how orthotics and proper footwear can improve training efficiency and performance outcomes.  Mike has worked with Canada's national team members in Track & Field, Badminton, Downhill Skiing, Bobsleigh, Swimming, Triathlon, Field Hockey, Rugby, and Tennis. He has been the Pedorthic consultant to the Hamilton Tiger Cats, Kitchener Rangers, the AEK Football (soccer) Club of Athens, Greece and most recently the San Diego Chargers of the NFL. Mike headed up the Foot and Ankle division of the Polyclinic at the 2004 Olympic Games.
Mike has been published in several Journals on topics such as "Lower Limb Dysfunction and the Kinetic Chain" and "Introduction to Pedorthics".  He has written articles for "O & P Business News", "Athletic Therapy Today", "Pedoscope", and "Current Pedorthics". He is presently serving on PFA's Council on Pedorthic Education, the Canadian Pedorthic Professional Development Committee and has been on the PFA Board of Directors since 1995. He is currently serving the role of Immediate Past-President and continues to chair PFA symposia. Mike has just returned from Adelaide, Australia where he was a guest lecturer at the Australian Pedorthic Association annual conference.

Mike is a former Canadian Track Champion (400mh) and represented Canada internationally including the Commonwealth and Olympic Games. When not at the office Mike enjoys most sports and is still active in cycling, running, slo-pitch, and triathlon. He loves to travel and has been to some exciting destinations including Antartica, Africa & the North Arctic Sea.
Posted by The Elliott Sports Medicine Clinic at 3:54 PM 1 comment: 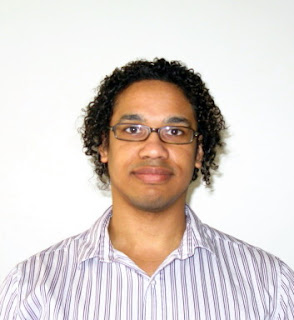 Philip completed his Honours Bachelors of Arts in Kinesiology at the University of Western Ontario in 2002 and graduated with distinction.
He then went on to complete his Masters of Science in Physiotherapy at McMaster Univeristy in 2004. Since graduating, his focus has been on the rehabilitation of musculoskeletal injuries and conditions. His on-going post graduate education has included manual therapy courses through the Canadian Physiotherapy Association, acupuncture through the Acupuncture Foundation of Canada Institute, and McKenzie therapy with the McKenzie Institute.

Philip applies a comprehensive approach with emphasis on manual therapy, tailored active programs and education to provide individualized client care. His goal is to optimize clients’ recovery and help them achieve their rehabilitation goals.

Philip has also enjoyed an athletic background as a competitive swimmer for 10 years, representing Barbados at the national level on several occasions.
Posted by The Elliott Sports Medicine Clinic at 8:18 AM 1 comment: 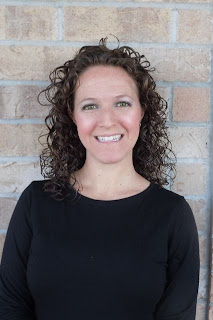 Heather graduated from the Unniversity of Western Ontario with an honours BA in Kinesiology.  She furthered her education at the University of Toronto where she graduated with a BSc in Physical Therapy.  Heather is a member of the Canadian Pysiotherapy Association and is currently working toward her Advanced Diploma in Manual and Manipulative Therapy.

Heather has been working in private practice since 2001 and has successfully treated a wide variety of clients, from the competitive athlete to the weekend warrior.  Her treatment philosophy is to use manual therapy techniques to restore joint and tissue mobility and then apply a guided and specific exercise program to restore full function and prevent reoccurance.
Posted by The Elliott Sports Medicine Clinic at 12:16 PM 2 comments:

The Elliott Sports Medicine Clinic
Burlington, Ontario
Welcome to The Elliott Sports Medicine Clinic’s first Blog. Formerly known as Levy Elliott Sports Medicine Clinic, ESMC has been servicing Halton region and surrounding areas since late 2001 and has evolved into a dynamic, cutting edge full service sports medicine clinic. The clinic's mandate is to provide effective diagnosis, rehabilitation, and return to sport for all injuries including osteoarthritis, concussion management and prevention strategies. Our staff are all highly qualified in their fields and include Primary Care Sports Medicine physicians who are CASM certified (Canadian Academy of Sport Medicine). Our rehabilitation staff includes Registered Physiotherapists, Certified Athletic Therapists, Certified Active Release Techniques Providers, Chiropractors, Registered Massage Therapists, Custom Orthotics (Certified Pedorthics) as well as Custom and Off the Shelf Bracing Experts. All of our staff bring a wealth of experience and knowledge in the treatment and rehabilitation of sports injuries. No referrals are necessary for any of our services.