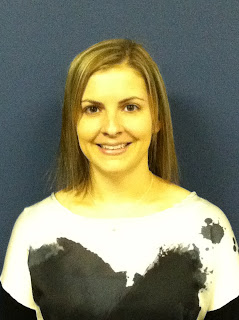 Jessica graduated from a joint Honours Bachelor of Science in Human Kinetics and Diploma in Sports Injury management from both the University of Guelph and Sheridan College in 2002. Upon graduation and successful completion of her professional certification exams in June of that year, she began working as a Certified Athletic Therapist at The Elliott Sports Medicine Clinic (formerly Levy Elliott).
Jessica has continued her education since becoming a Certified Athletic Therapist. In addition to continuing education classes such as muscle energy, she began a Master's in Kinesiology in 2003 at Bowling Green State University in Ohio. She received a graduate assistant position at BGSU and had the opportunity to be an Athletic Trainer with the NCAA Division I football team, including their invitation to the Motor City Bowl.
Jessica has also worked with numerous local teams, including the Burlington Cougars, Burlington Chiefs, Milton Merchants, as well as professional teams such as an internship with the Buffalo Bandits and the Columbus Landsharks of the National Lacrosse League. She has worked with the Junior National Field Lacrosse team at the World Championships in 2003, 2008 and will be working with the team in 2012 as it travels for the tournament to Finland.
In 2009, Jessica graduated from the Ontario College of Health and Technology with a diploma in Massage Therapy and becam a Registered Massage Therapist with the College of Massage Therapists of Ontario.  In 2010, she completed the Contemporary Medical Acupuncture program at McMaster University.
Posted by The Elliott Sports Medicine Clinic at 6:48 AM 6 comments:

The Elliott Sports Medicine Clinic
Burlington, Ontario
Welcome to The Elliott Sports Medicine Clinic’s first Blog. Formerly known as Levy Elliott Sports Medicine Clinic, ESMC has been servicing Halton region and surrounding areas since late 2001 and has evolved into a dynamic, cutting edge full service sports medicine clinic. The clinic's mandate is to provide effective diagnosis, rehabilitation, and return to sport for all injuries including osteoarthritis, concussion management and prevention strategies. Our staff are all highly qualified in their fields and include Primary Care Sports Medicine physicians who are CASM certified (Canadian Academy of Sport Medicine). Our rehabilitation staff includes Registered Physiotherapists, Certified Athletic Therapists, Certified Active Release Techniques Providers, Chiropractors, Registered Massage Therapists, Custom Orthotics (Certified Pedorthics) as well as Custom and Off the Shelf Bracing Experts. All of our staff bring a wealth of experience and knowledge in the treatment and rehabilitation of sports injuries. No referrals are necessary for any of our services.